The product name is unfortunate. XR includes AR and older chips are also used in AR glasses like Lenovo’s Think Reality A3 and Qualcomm’s own AR reference design.

According to Qualcomm XR boss Hugo Swart, Qualcomm called the new chip product “AR2” because it is specially designed for thin and light AR glasseswhile the XR1 and XR2 series chips are suitable for headsets of any type (VR, MR, AR) where the form factor does not play such a large role.

“With the technical and physical requirements for VR/MR and AR diverging, Snapdragon AR2 represents another metaverse-defining platform in our XR portfolio to help our OEM partners revolutionize AR eyewear,” says Swart.

Strictly speaking, the Snapdragon AR2 consists of three spatially separated chips. It is an AR processor, a coprocessor and a Wi-Fi 7 chip. 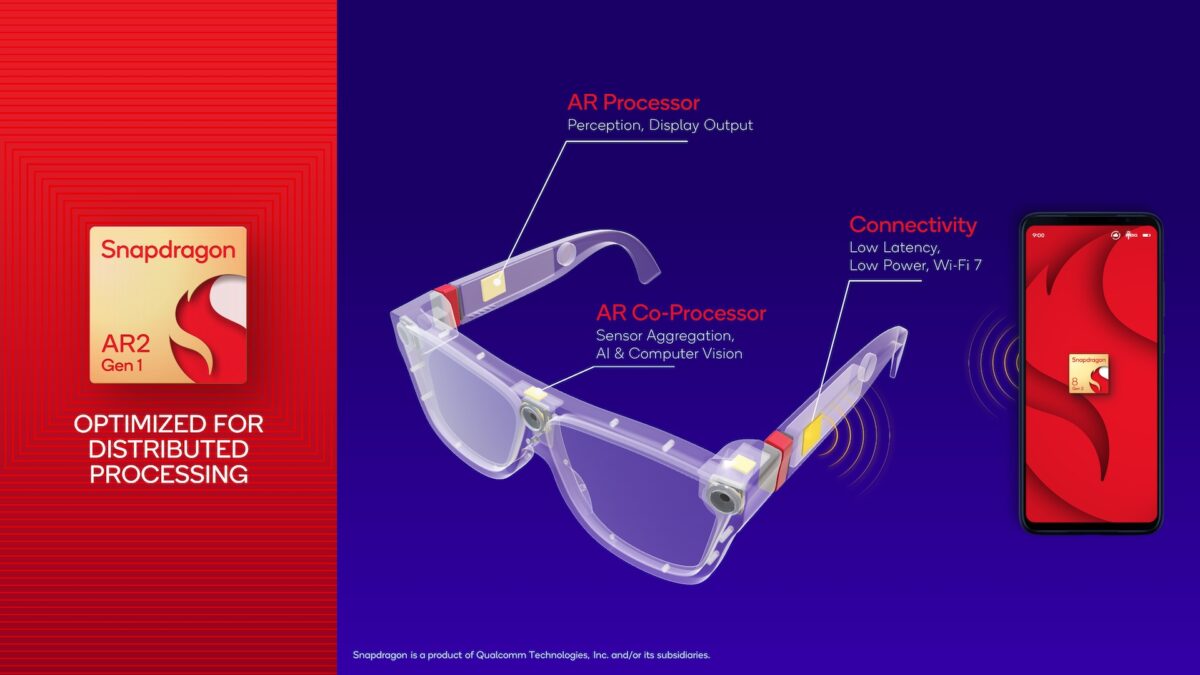 One of the temples houses the AR processor and supports up to 9 cameras and sensors. The AR coprocessor is installed in the eyewear frame and is responsible for local sensor data collection and various AI tasks. The Wi-Fi 7 chip is built into the other branch and ensures fast data exchange between the AR glasses and its computer.

Spatially distributed data processing has several advantages at the same time. On the one hand, the ballast is better distributed and the temples are thinner. On the other hand, chips generate less waste heat only when they come together at some point.

Smaller and more energy efficient than the XR2

According to Qualcomm, the multi-chip architecture enables 50% less energy consumption and 2.5 times the performance of AI of the Snapdragon XR2 Gen 1. The XR2 Gen 1 runs in Qualcomm’s latest AR reference design and many VR headsets such as Meta Quest 2. The AR processor PCB is also 40% smallermaking it a better fit in an eyeglass arm. 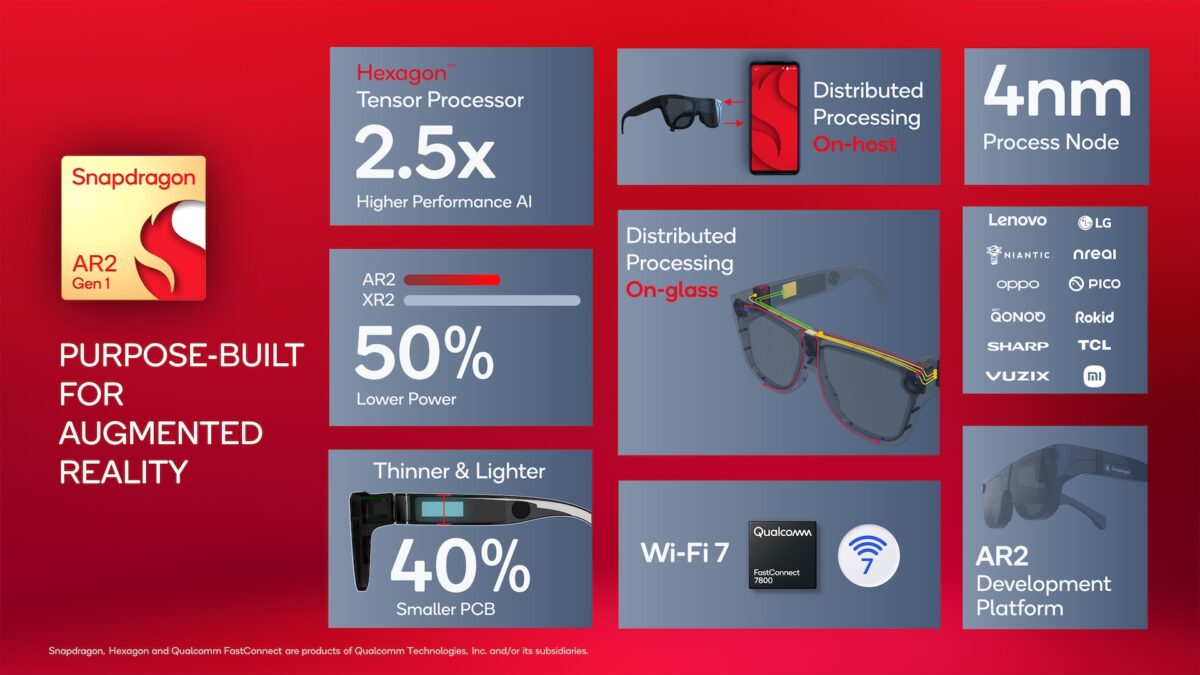 The main characteristics of the chip at a glance. | Picture: Qualcomm

OEM partners working on devices with Snapdragon AR2 include Lenovo, LG, Nreal, OPPO, Pico, Sharp, Tencent, Vuzix, and Xiaomi. Meta and Apple are expected to develop their own chips for their upcoming AR glasses. The multi-year partnership between Meta and Qualcomm announced in September is limited to chips for mixed reality headsets. 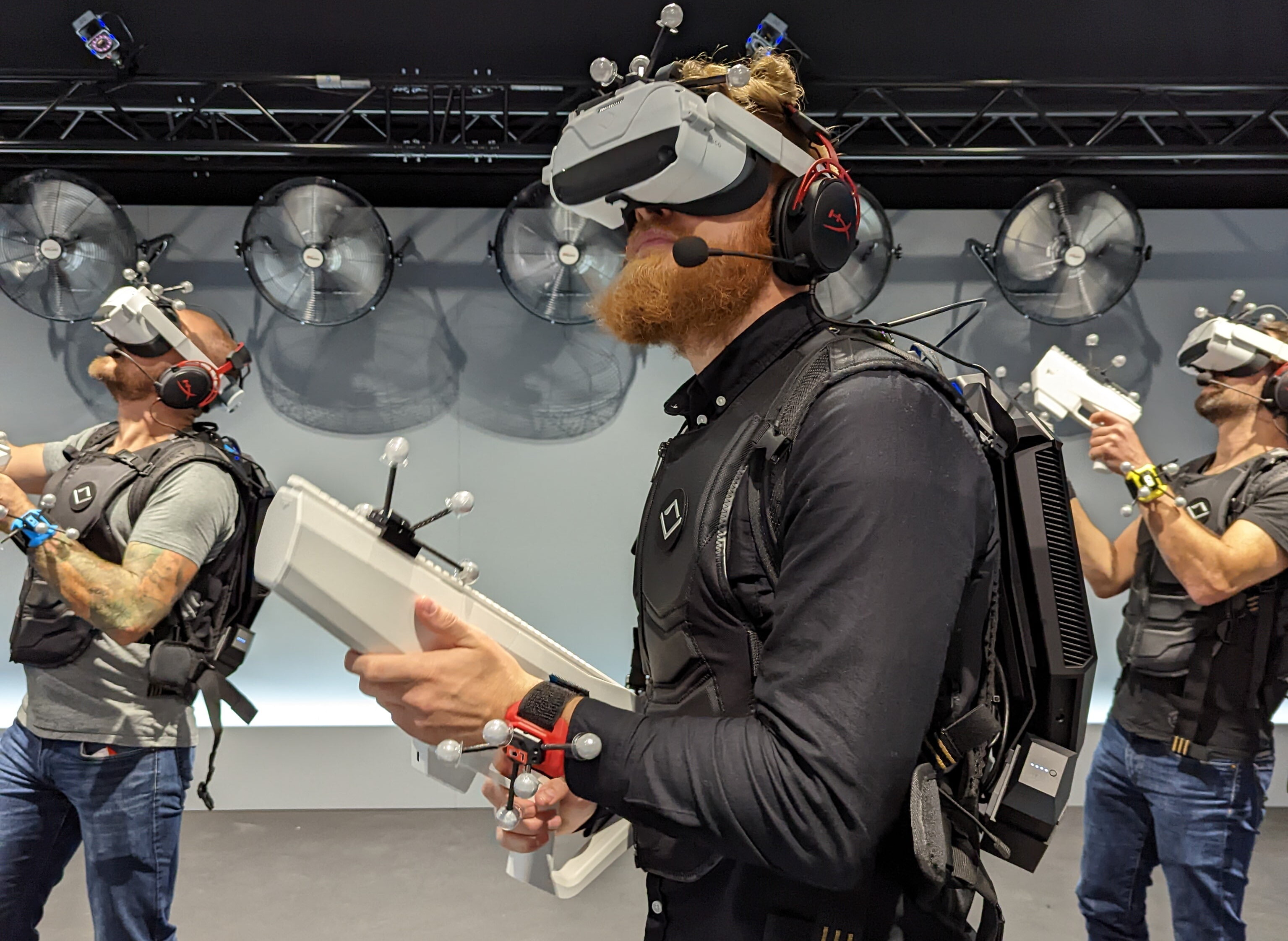 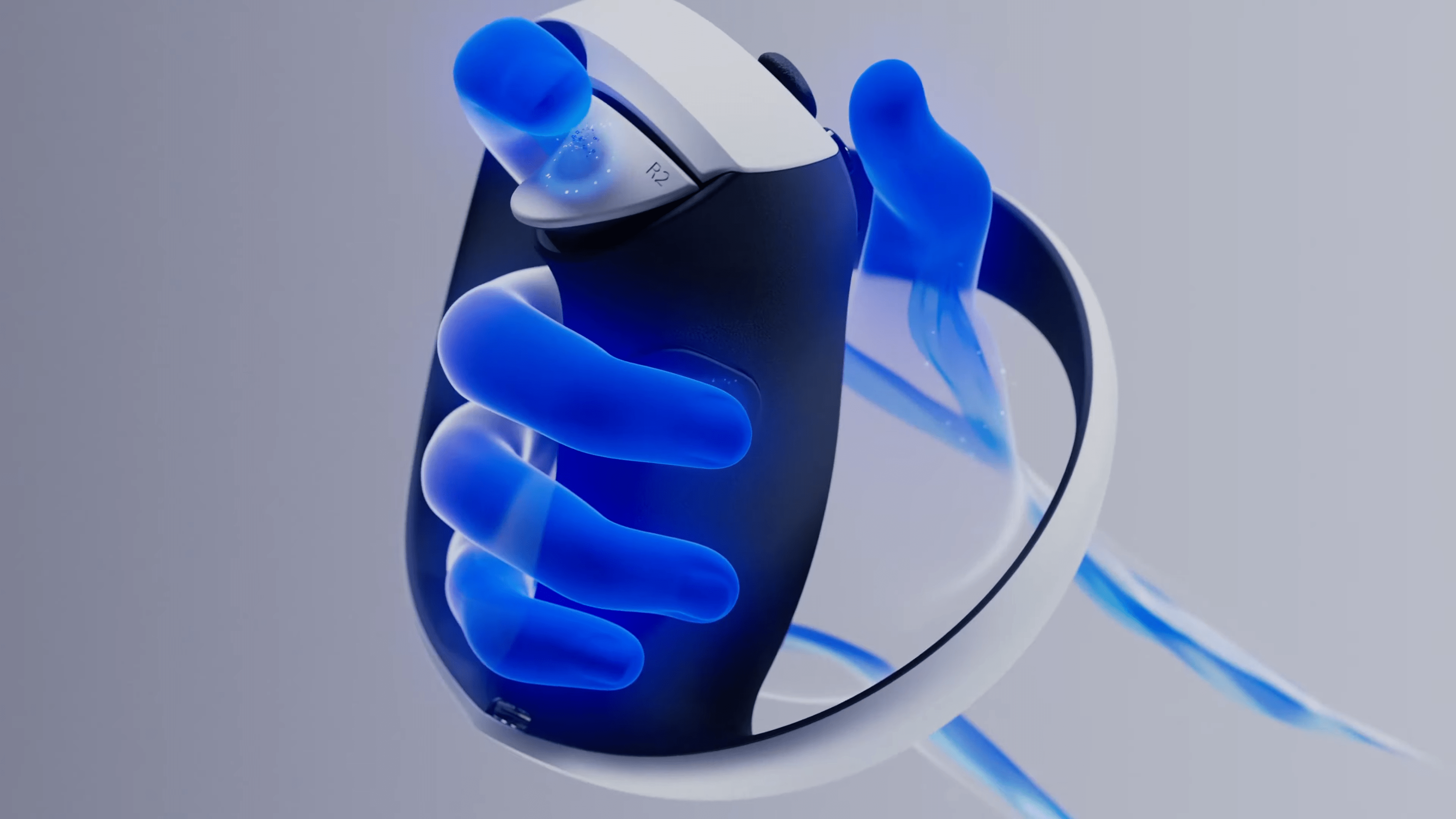