In 2023, there could be more VR headsets on the market than ever before. Which devices are confirmed, and which ones are we hoping for?

2023 could be one of the most eventful years in the history of virtual reality. Indeed, this year will see the launch of Playstation VR 2 and Meta Quest 3, which should leave a lasting mark on the industry just like their predecessors. If Apple were to finally step into the industry spotlight as well, 2023 would be a truly historic year. But that remains to be seen.

Let’s start with the confirmed VR headsets, then move on to the devices that are rumored to be in development and could appear in 2023.

Since October 2022, HTC has been teasing a stand-alone device for consumers which is supposed to compete with Meta Quest 2, but is likely to be significantly more expensive than the latter.

In November, hardware analyst Bradley Lynch leaked the headset, which appears to be a mix of Vive Focus 3 (review) and Vive Flow, offers removable head support, can be connected to external sources, and is capable of both of VR and AR, the latter via color passthrough.

In December, HTC confirmed that the new device will be unveiled at CES. We will know more on January 5, 2023. 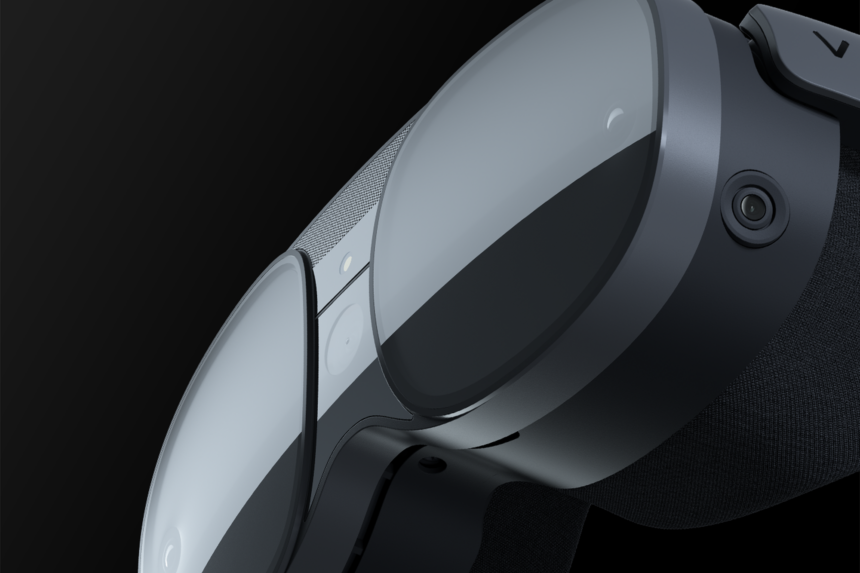 The helmet, which was funded through a Kickstarter campaign, was slated for release as early as April 2022 and has been repeatedly postponed due to supply chain issues. The full launch is currently scheduled for February 2023.

The Lynx R1 is technically similar to the Meta Quest Pro and, like it, is designed for mixed reality applications, but will be significantly cheaper at $849. The headset relies on hand tracking. Dedicated VR controllers are planned for Q3 2023. 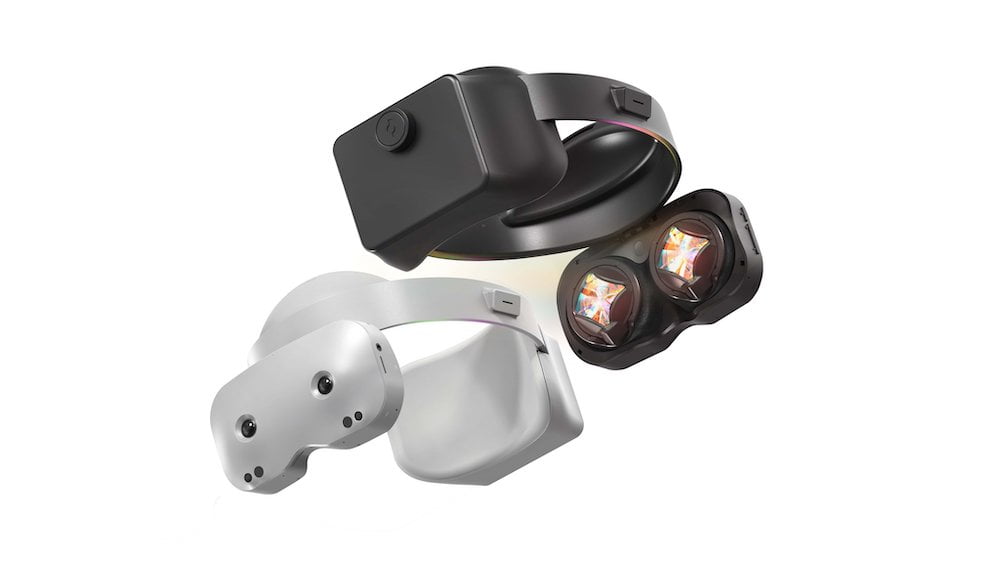 The Lynx R1 is available in two editions: one for consumers and one for businesses. The unique lenses of the device can be seen in the correct image. | Picture: Lynx

Mark Zuckerberg calls it “the next generation of our Quest headset for consumers” and CTO Andrew Bosworth the “successor to Meta Quest 2”. Even if executives aren’t mentioning the new headset by name, they likely mean Meta Quest 3, which is slated for 2023 according to Zuckerberg and Bosworth.

Since Meta usually introduces new VR hardware to Meta Connect and puts it on sale soon after, we can expect a market launch next fall. According to Mark Zuckerberg, the price range will be between $300 and $500.

In October 2022, the design of the next helmet or a prototype of it was reportedly leaked. According to the plans, the focus is on mixed reality. It’s obvious, after all, the Quest Pro also focuses on XR, because it promises more advantages in everyday work. Meta hopes developers will use the Quest Pro SDK to develop mixed reality software for Meta Quest 3.

VR leaker Bradley Lynch thinks the product will rely on a next-gen Snapdragon XR2 SoC, which could bring a big performance boost. However, this SoC has not even been announced yet.

In a blog post, Bosworth hinted that Meta could introduce another pair of tech eyewear in 2023. That could mean a new take on the Ray-Ban Stories.

Pimax Portal is a handheld console similar to the Nintendo Switch or Valve’s Steam Deck that can be turned into a VR headset using an accessory. The VR smartphone, long thought dead, sends you its greetings.

Pimax Portal is funded through a Kickstarter campaign and is expected to ship as early as January 2023. Given Pimax’s release history, one should be skeptical of such promises. 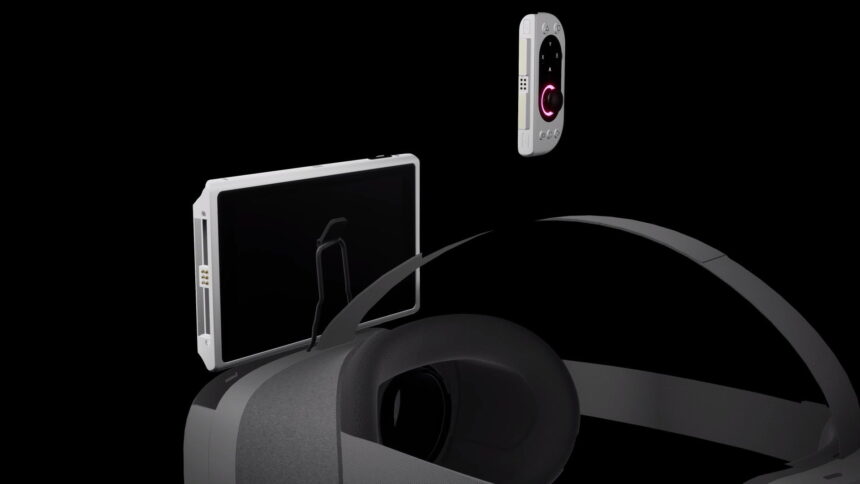 The Pimax portal screen is inserted into a VR headset box. | Image: Pimax

Pimax Crystal is a high-end standalone VR headset with high-resolution displays, eye and face tracking, QLED displays, Display Port connector, removable battery on the back of the head, and pairs of USB ports. optional lenses. The target price is currently around $1,599 and is therefore aimed at enthusiasts.

At CES 2023, the social VR startup Somnium Space wants to present a PC VR headset for the highest demands.

It is supposed to be modular, offers high quality passthrough mode and open source features. Users can download and print 3D designs of parts and order electronics, sensors and lenses directly from the manufacturer.

We continue to prepare our @SomniumSpace #SomniumVR1 model for #CES2023. Many have asked about the actual size of hmd. Here are pictures I took today next to Pico 4 (my favorite hmd atm), iPhone 13 & Fold 3. In the coming weeks we will post more information. Feel free to ask questions ⏬️ https://t.co/Sy9esos7Qk pic.twitter.com/aSjYEQwawt

A working devkit is presented at CES 2023, which already looks quite finished in the first images. The device is developed in collaboration with the Czech manufacturer VRgineers, which specializes in high-end devices for businesses.

The second generation of Playstation VR is technically up to date, reduces wiring to a minimum and comes with dedicated VR controllers. The biggest flaws of Sony’s first VR system have thus been eliminated. Additionally, there are new advanced features such as eye tracking and head haptics. 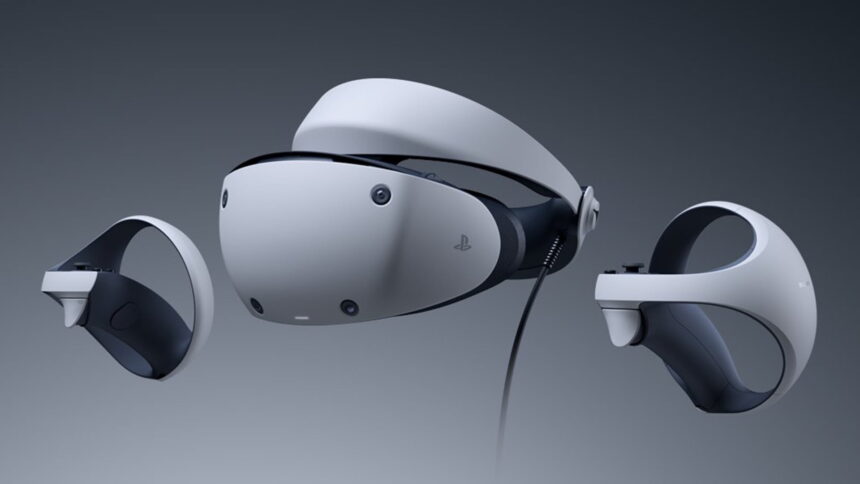 Apple has been working on a technically advanced mixed reality headset for many years now, and according to sources like Apple leaker Mark Gurman and supply chain analyst Ming-Chi Kuo, it will finally be unveiled in 2023.

However, sources have previously made similar comments. Only Apple knows if and when the device will actually launch.

Apple doesn’t have to rush: Mixed reality technology is still in its infancy and is not yet a serious alternative to laptops, as Meta Quest Pro has shown. The market potential is tiny compared to Apple’s ambitions, which is why the device will likely be marketed as a devkit and will be expensive. Rumored to be between $2,000 and $3,000. 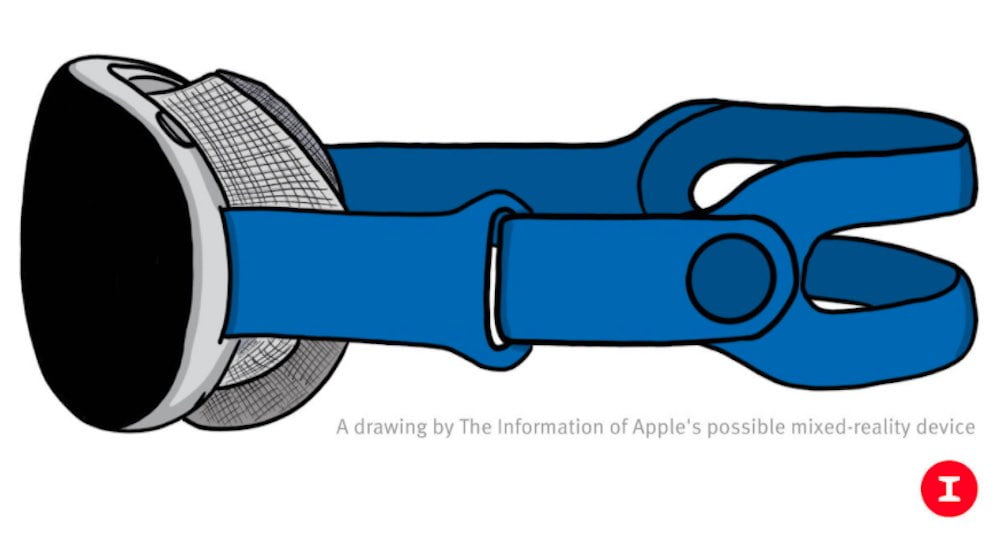 There is also already speculation about a Pico 4 successor with a new Snapdragon XR2 SoC. This would make sense since Meta Quest 3 is also supposed to use the next-gen XR2 chip and would therefore be far superior to current standalone headsets like the Pico 4. 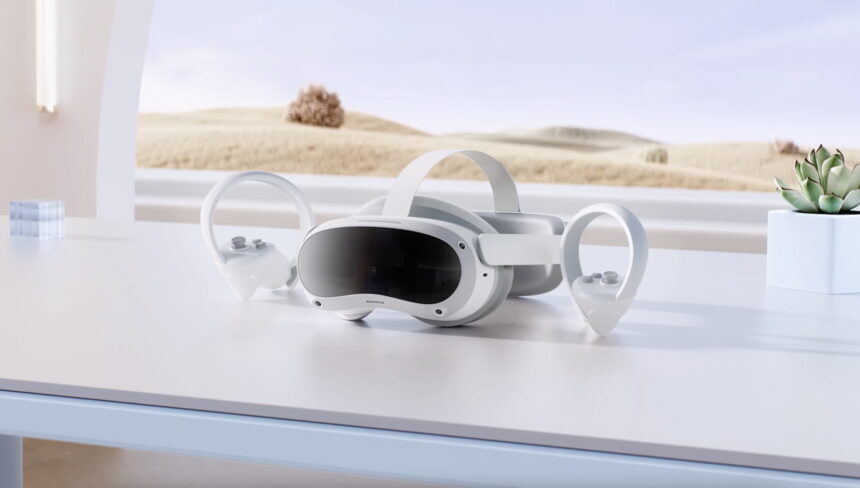 The Pico 4 is one of the lightest and thinnest VR headsets out there, but like most standalone headsets today, it relies on the aging Snapdragon XR2 Gen 1. The Pico 5 could use the next generation of this chip. | Image: pico

In December, a South Korean news portal reported that Samsung was planning to release a mixed reality devkit in 2023, apparently prepare for Apple’s potential market entry.

Samsung co-CEO Jong-hee Han has previously confirmed that the company is hard at work on a “Metaverse device”.

Technical details are not known. The hardware will likely be based on Meta Quest Pro and other mixed reality devices. Samsung invested heavily in virtual reality four or five years ago, but recently pulled out of that space.

Valve Index (test) is still one of the best PC VR headsets out there, but the screen is a bit dated and the headset is wired to the computer.

In September 2021, sources close to the company confirmed that Valve was working on a prototype codenamed Deckard. Unlike Valve’s Index, the device could be partially or completely autonomouswhich corresponds to the trend of mobile VR game consoles in recent years. 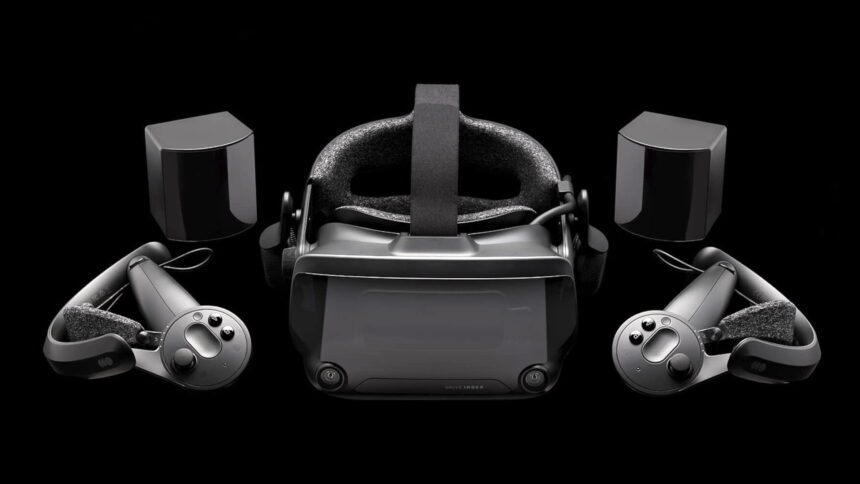 Valve CEO Gabe Newell hinted in early 2022 that Valve’s next VR hardware could be an evolution from the Steam Deck to virtual reality. Patents, code hints, and job postings have further fueled rumors of a new VR headset from Valve.

No doubt: something is in preparation at Valve. The question is if and when Valve will release a product. There are no concrete hardware leaks like there were in the lead up to the Valve Index launch. Also, mobile chips aren’t fast enough for PC games on SteamVR yet. A release in 2023 seems unlikely, but you never know.